You are here: Home / Attorney Profiles 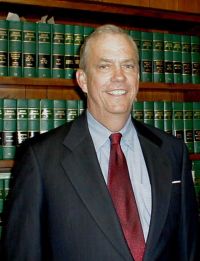 John P. Oliver, II, is a native of Dadeville and third generation lawyer in the family practice in Dadeville, Alabama.  He is a graduate of the Indian Springs College Preparatory School at Helena, Alabama.  He holds an A.B. degree in history and political science from Birmingham Southern College (1964) with additional source work at American University in Washington, DC.  He holds a Juris Doctorate from the University of Alabama School of Law (1967).

Mr. Oliver was a member of the United States Air Force Reserve between 1967 and 1972 from which he was honorably discharged.

After returning to his hometown to practice law with his late father, Samuel W. Oliver, Mr. Oliver has served in many civic capacities including Trustee of the First Baptist Church of Dadeville since 1967, Director of the Bank of Dadeville since 1985, past member of the Board of Directors of the Dadeville Chamber of Commerce, past President of the Dadeville Kiwanis Club, and past President of the Tallapoosa County Bar Association (1990).

Mr. Oliver remains active in all of these organizations.

Mr. Oliver is of counsel with the Oliver and Treadwell law firm which traces the current firm along with its predecessor firms  back to 1889.  The focus of Mr. Oliver’s practice is on civil litigation with emphasis on personal injury, product liability and consumer matters.  Additionally, Mr. Oliver’s practice emphasizes real estate litigation, real estate acquisitions and sales, and residential real estate closings.  Recently he has, along with other members of the firm, expanded into the field of education law in his capacity as general counsel for the Tallapoosa County Board of Education.

Mr. Oliver is married to Melissa Vann Oliver and they have two children, David and Leslie.

Admitted to United States Supreme Court, Middle and Northern Districts of Alabama of the 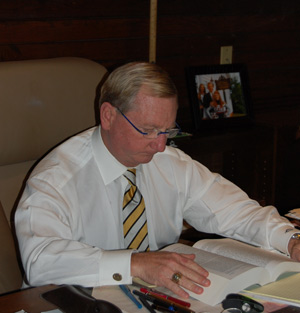 Mr. Treadwell worked for Alabama Power Company in the Nuclear Generation Department for ten years. He spent five years at Farley Nuclear Plant and five years at the Corporate Office in Birmingham. He dealt mainly with radiation protection and radioactive waste issues.

Mr. Treadwell joined the Oliver & Sims firm in 1993 after three years of practicing in Birmingham. His practice covers a broad spectrum and includes criminal and civil litigation, domestic and family issues, and representation of various local businesses and utilities. He has litigated jury trials in both civil and criminal court, as well as numerous bench trials dealing with domestic relations and juvenile issues. He has been involved at the trial and appellate levels of capital murder defense. In 2002, Mr. Treadwell and Mr. Oliver formed the current Oliver-Treadwell, PC law firm.

Mr. Treadwell is married to the former Karen Daniels and they have two children; Marie Anne (Scout) and Margaret Adeline.